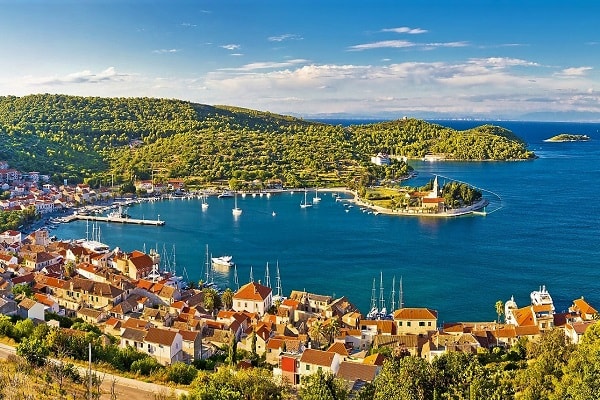 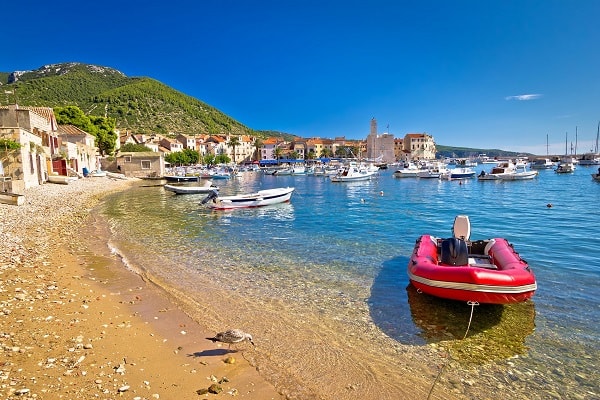 Vis has a very interesting history. It has been inhabited since ancient times by ancient Greeks with the first settlement being Issa. Later, it was taken under the control of the Romans. The island changed many different rulers from Napoleon, Englishmen, Habsburgs to Italians. In Yugoslavia under Tito’s rule, Vis was closed for foreigners (until 1989) and the entire island served as a large military base. It had more than 30 military buildings including an underground tunnel for submarines, an underground military hospital, and a military base. As it could not accommodate tourists for many decades, the tourist infrastructure was not being developed, causing large emigration of the locals. However, long isolation made Vis a unique destination in the Adriatic.

One thing that makes this island ideal for tourists is that it has so many to offer. From beautiful natural beaches and coves to hills and hidden military base from the period after the Second World War build by ex-Yugoslavia president Tito. The most known beaches are world-renown Stiniva bay, pebble Srebrna beach, Stončica bay, sandy beaches Milna and Zaglav. Blue cave on the nearby island of Biševo is also a must-see attraction. Other attractions include Tito’s cave, the top of mount Hum (the highest point of the island), scuba diving, the military tour, Green cave, fort George and George III fortress.

Food on the island of Vis is perfect - we recommend trying local indigenous wines (white wine Vugava or Bugava and red wine Plavac Mali), octopus “ispod peke”, delicious fresh fish caught by local fishermen, Viška cake, and Komiška cake. In the island interior, there are many vineyards and cozy restaurants worth visiting.

Although Vis is remote it is very well connected with the mainland and surrounding islands. There are several boat lines and ferry lines (Split - Vis, Vis - Hvar, and Vis - Brač). The best option to explore Vis is by staying in private accommodation - an apartment, holiday home, villa, or room. 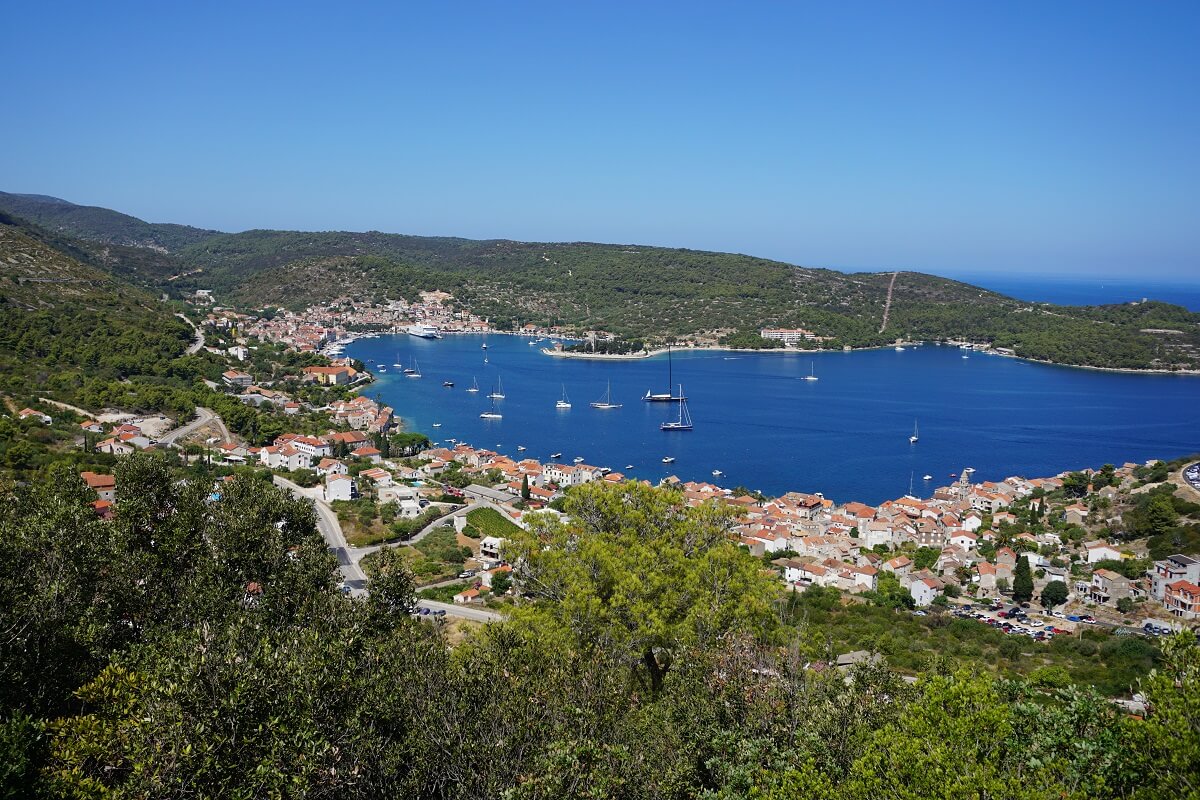 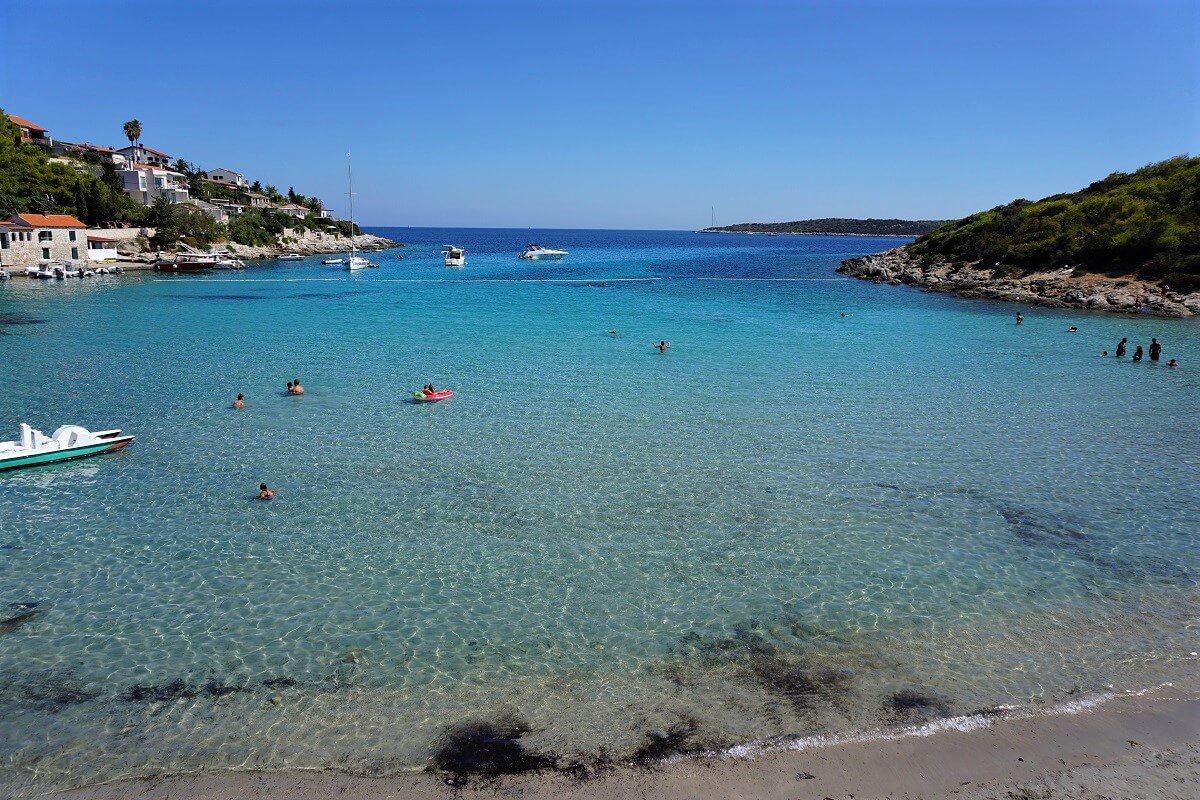 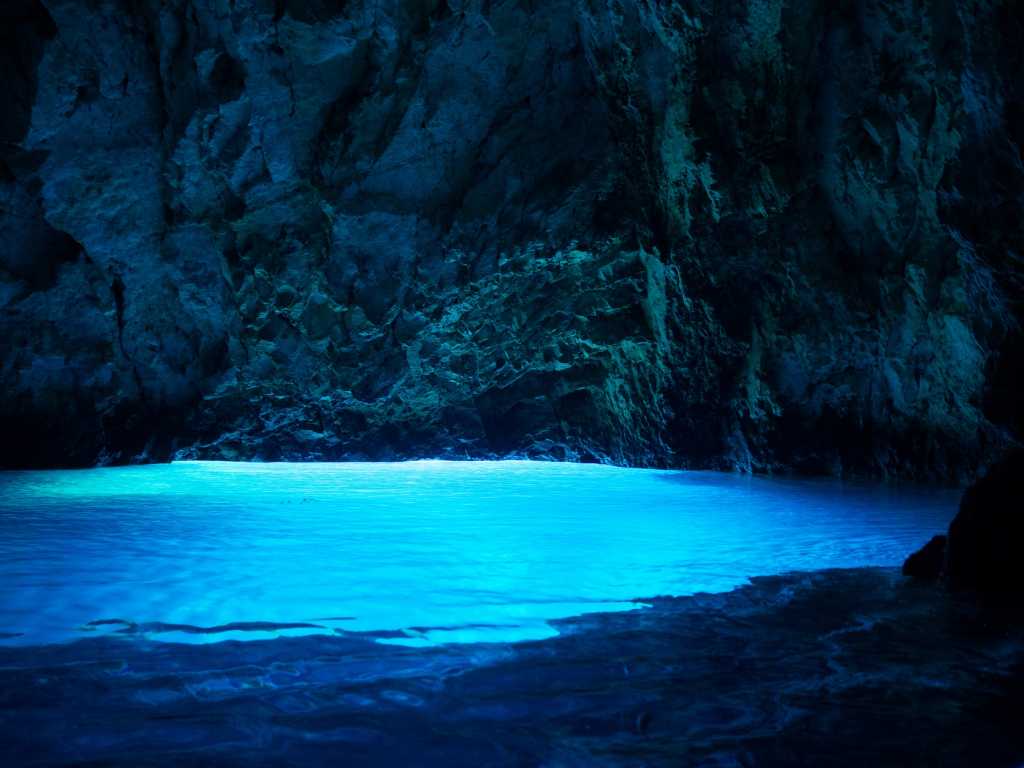 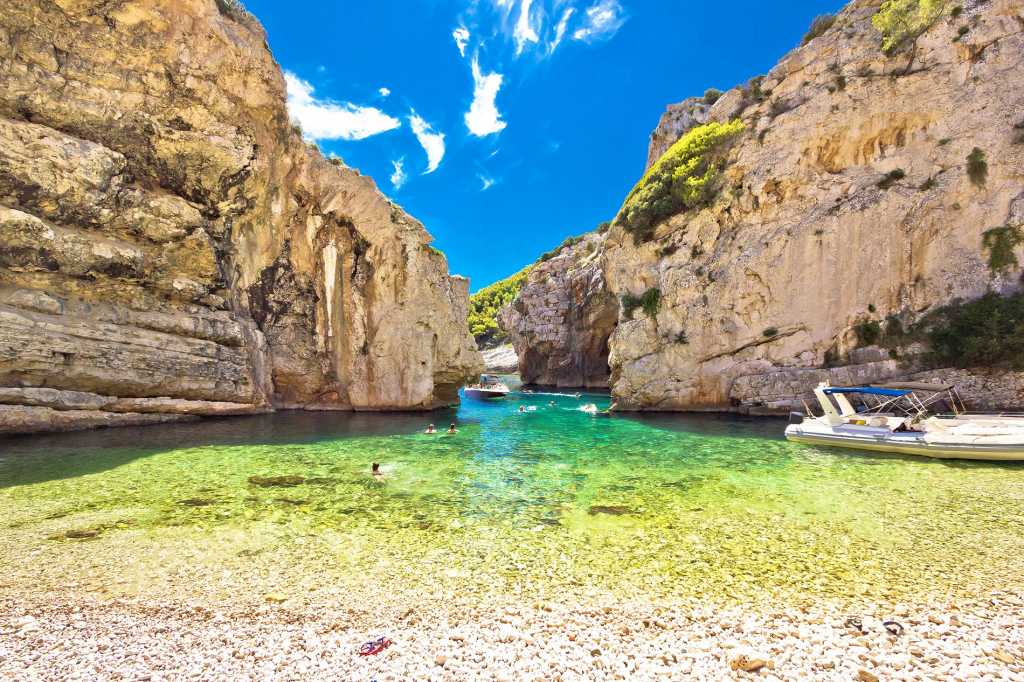 Vis has a Mediterranean climate with hot and dry summers and mild winters. During the summer months, the average temperature is above 24 °C what makes it perfect for the summer holidays. Winters are also pleasant with an average temperature above 6 °C. Vis is a typical sunny island with more than 2,600 hours of sun per year. On average, the island has around 800 mm per m2 of precipitation per year, which is less compared to surrounding islands. The average sea temperature in the summer months is around 24 °C.