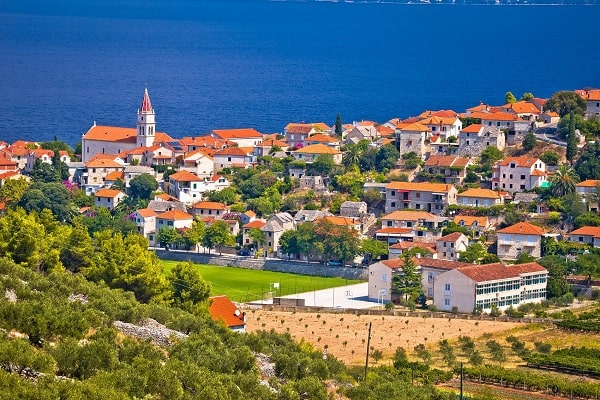 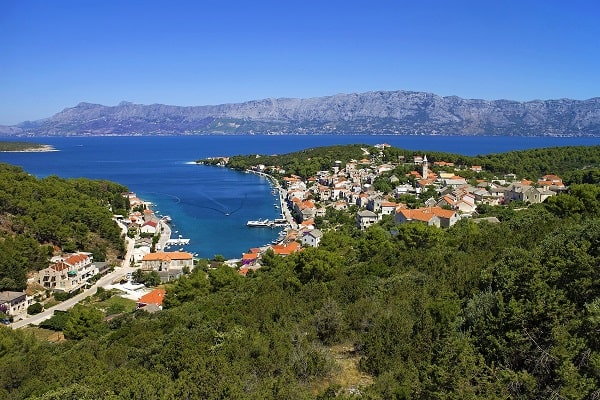 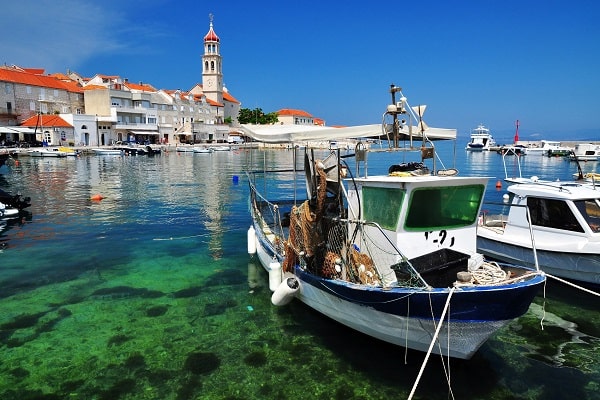 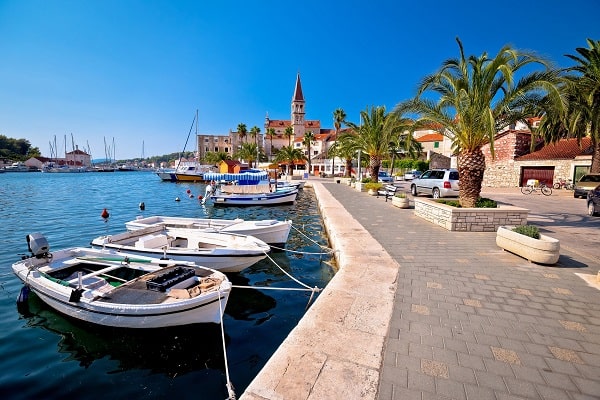 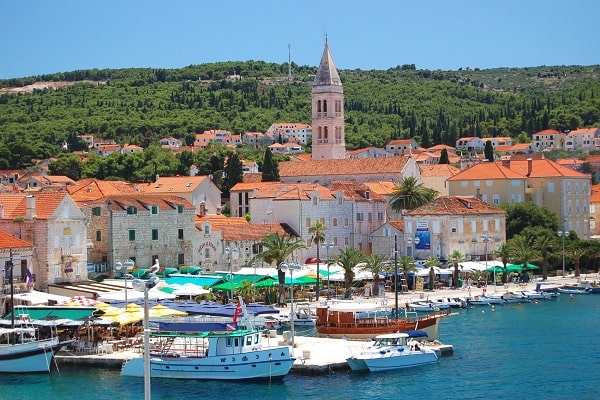 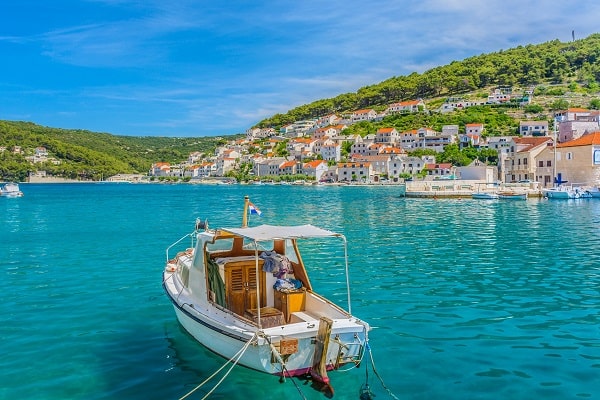 The island of Brač is the largest island of central Dalmatia, and the third-largest island in Croatia (surface of 395 km2). It is surrounded by the Brač channel and the islands of Šolta and Hvar. With many small coves and attractive beaches covered by pine forests and white Brač rocks, it is one of the most beautiful islands in Croatia. However, Brač is probably most known for two reasons - remarkable beach Zlatni rat and Brač stone.

Brač was inhabited since the Paleolithic (proofs were found in Kopačina cave). Today the entire island has around 14,400 inhabitants.

The island of Brač has many attractive beaches worth visiting. In the first place is pebble beach Zlatni rat near Bol. Zlatni rat is on many lists of the most beautiful beaches in the world, and it is known for its changing shape which depends on sea currents and winds. Zlatni rat is also popular among windsurfers since the Hvar channel (between Brač and Hvar) has ideal wind. Other attractive beaches are sandy beach Lovrečina in Postira, Bili rat beach in Supetar, sandy cove Vela Luka in Supetar, pebble beach Murvica, Kotlina, Bijela kuća and Potočine near Bol.

There are many reasons why to visit Brač. On the highest point Vidova Gora (778 m high is the highest peak of all Croatian islands) there is an impressive viewpoint over the island of Hvar, beach Zlatni rat, and surrounding islands. Interesting tourist attractions include the Blaca monastery built in the 16th century, the Museum of the island of Brač, Zlatni rat beach, Supetar bay, Dominican monastery in Bol, local wines, and gastronomy.

Because of its quality, the Brač stone was used in the construction of many buildings including the Diocletian palace in Split, the entrance hall of the United Nations building, even for construction of the White House in Washington (although this has not been officially confirmed). 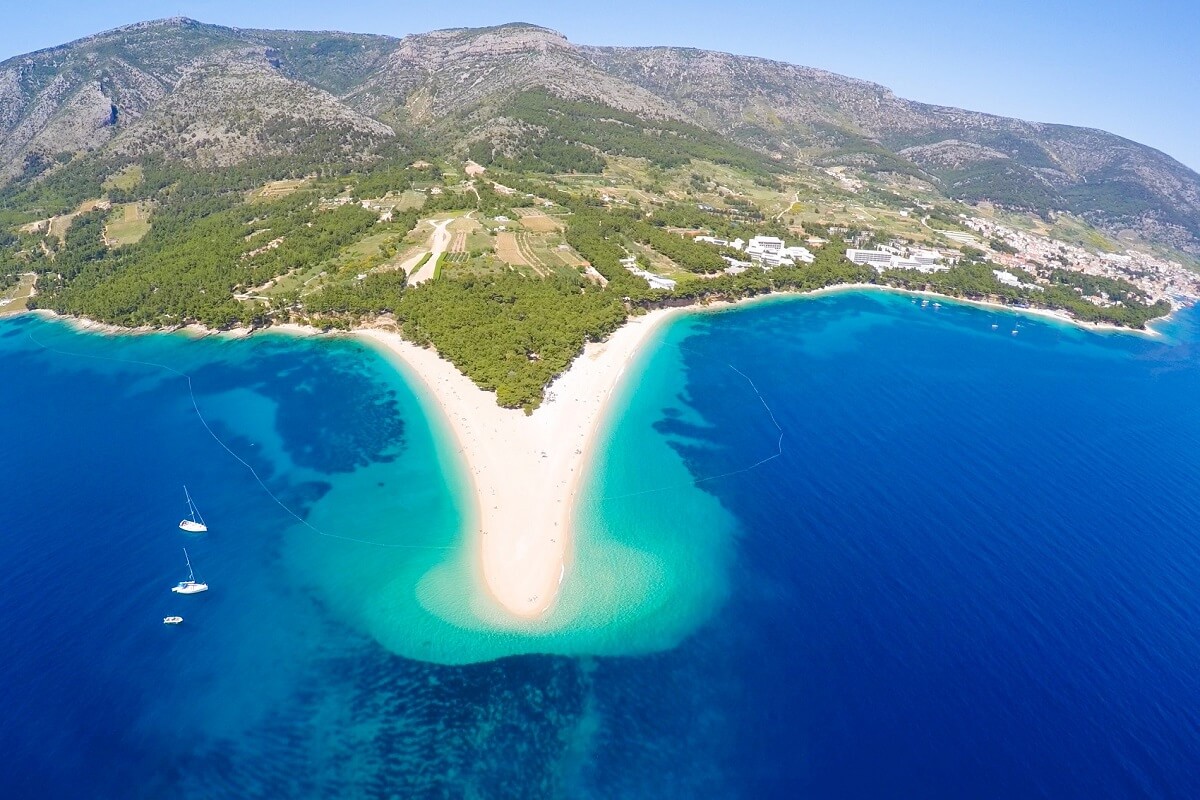 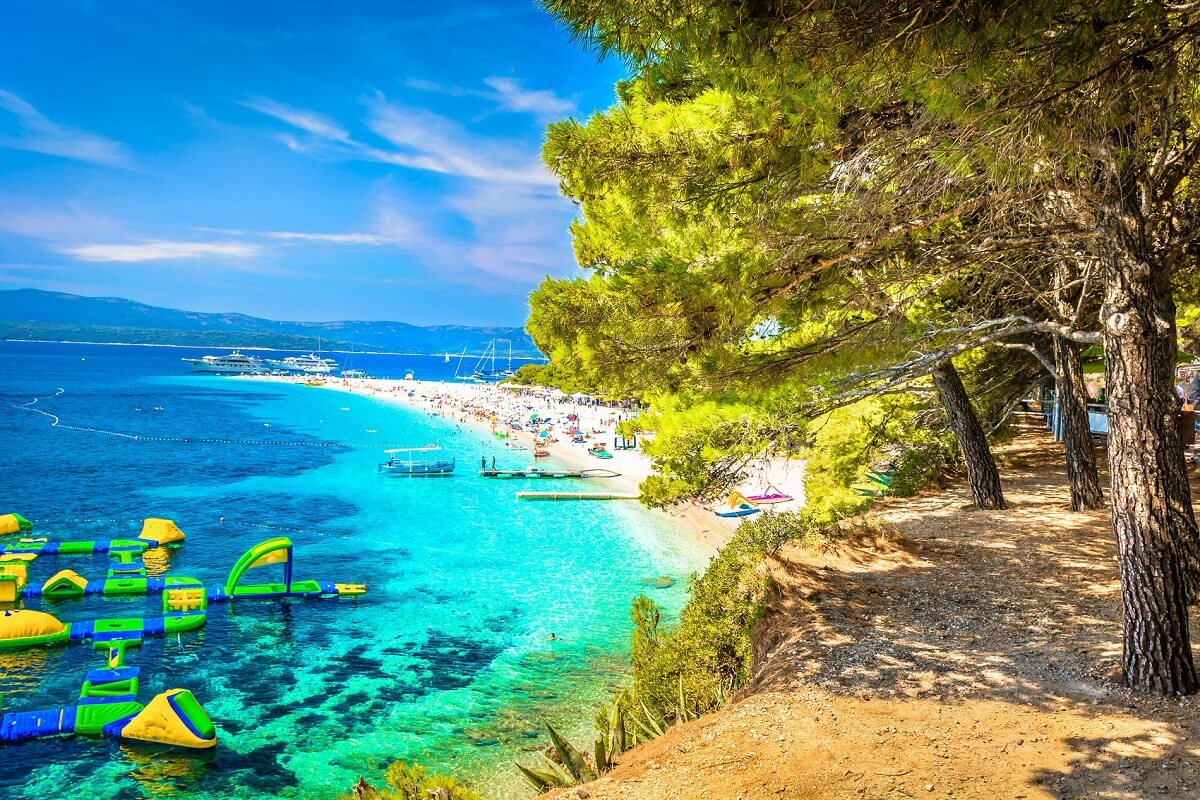 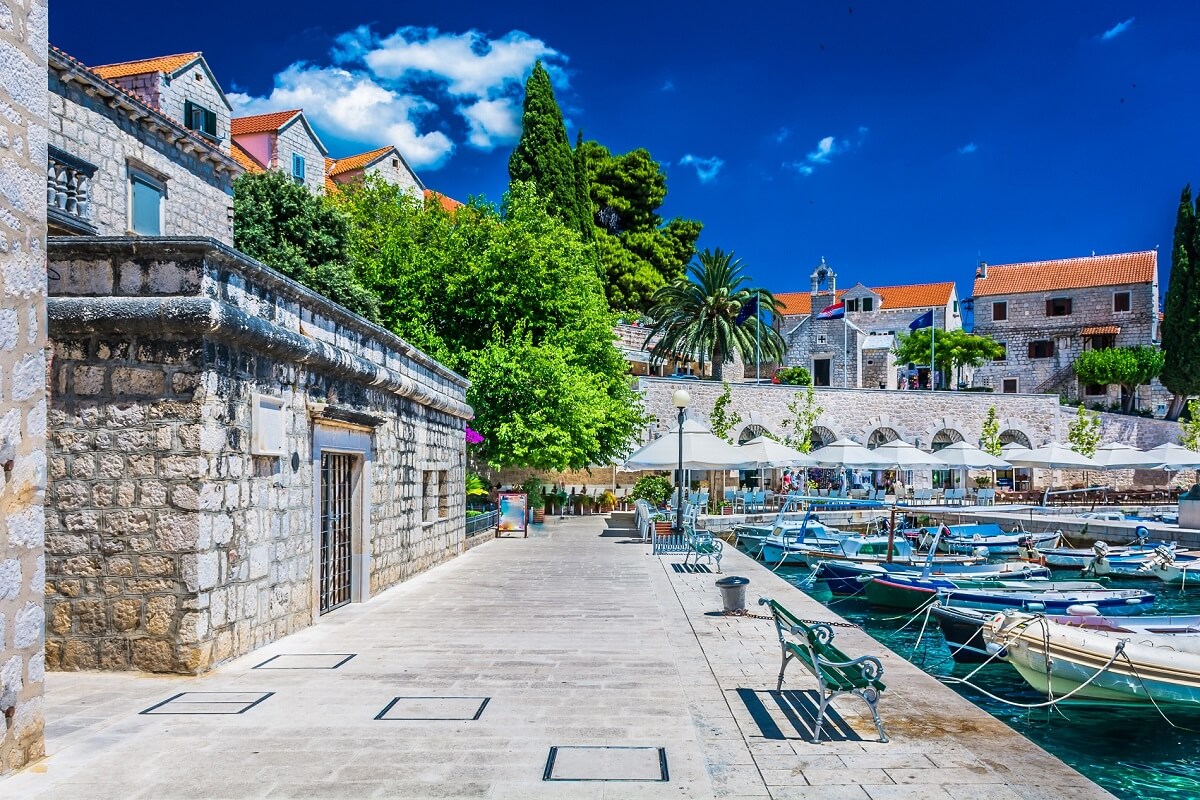 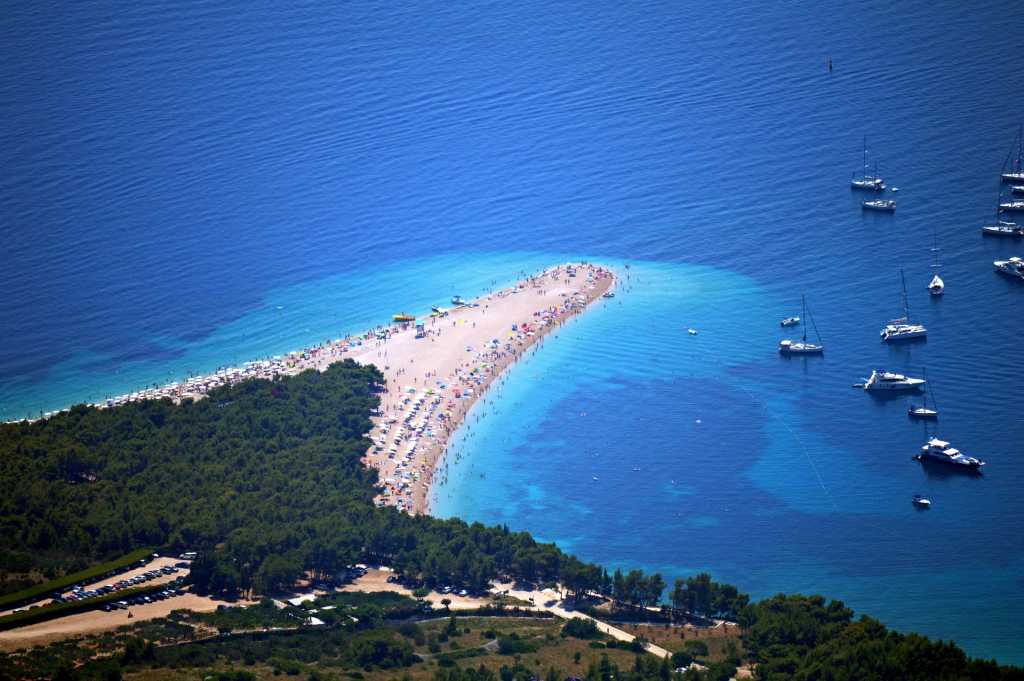 The climate of Brač has all characteristics of the Mediterranean climate - dry and warm summers and mild and short winters. The average temperature in the summer months is 25 °C and in the winter months is 9 °C. The average sea temperature in the summer is 24 °C and in the winter 14 °C. With more than 2,700 hours of sun in a year, it is one of the sunniest islands in Croatia. In summers pleasant wind called Maestral blows almost every day bringing refreshment during hot summer days, while Bura (cold and dry wind) is not so frequent.