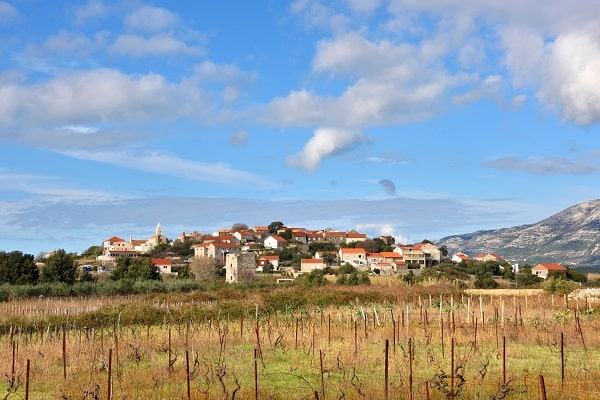 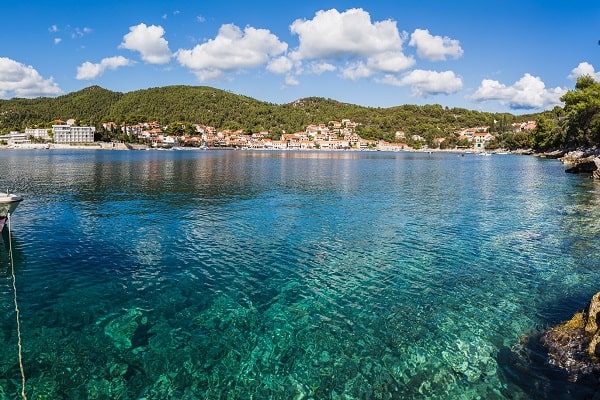 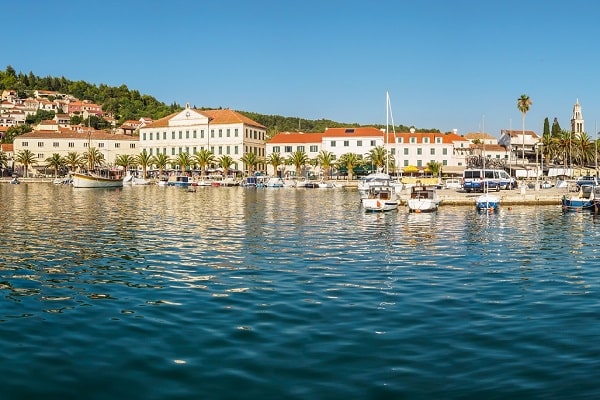 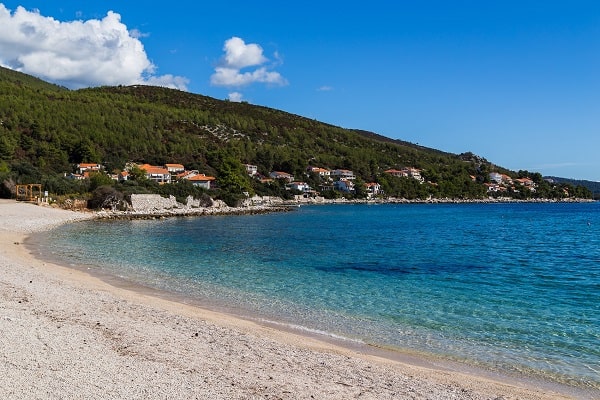 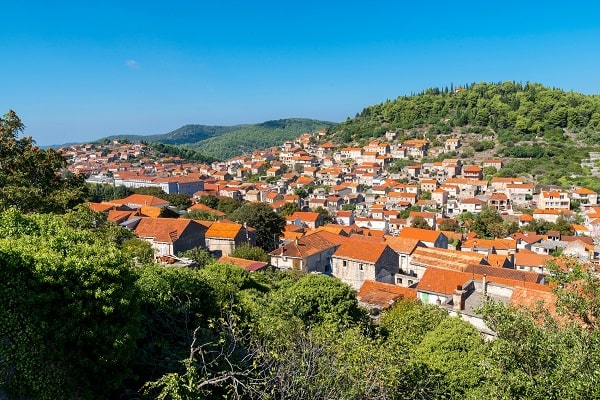 Korčula is one of the most beautiful and greenest islands in Croatia. The island of Korčula is located in south Dalmatia, between Dubrovnik and Split. Although it is a relatively remote island, Korčula has so many to offer - from remarkable nature, rich cultural heritage to delicious traditional food and great hosts. Many visitors see Korčula as a dream island and for sure they are not wrong. The island of Korčula has a size of almost 280 km2 what makes it one of the biggest Croatian islands. The main tourist destinations on the island are Korčula, Vela Luka, Lumbarda, Smokvica, and Blato.

The island has been inhabited since ancient times with the oldest traces being found in the Vela cave. According to a legend, a Troyan hero Antenor in the 12 century BC came to Korčula. Over the years Korčula changed several rulers and today it has around 16,000 inhabitants which mostly work in agriculture, shipbuilding, fishing, and tourism sectors.

There are so many tourist attractions worth visiting on Korčula so it is extremely hard to point out only a few of them. Probably the most popular attraction is Korčula old city with town walls, Zakerja tower, Revelin tower, and other historic buildings why it is often called little Dubrovnik. Famous explorer, merchant, and writer Marco Polo were born on Korčula in the 13th century (we recommend visiting the Marco Polo Museum and his house in the town of Korčula).

The most attractive beaches are pebble beach Pupnatska Luka near Korčula, town beach Banje in Korčula, sandy beach Vela Pržina near Lumbarda, Istruga beach close to Smokvica and Brna, Bilin Žal near Lumbarda, and Prozid beach on the small island of Prozid.

For those looking for active holidays, we recommend cycling (Korčula has 20 bike paths), hiking (on more than 20 hiking trails), scuba diving, windsurfing, kayaking, and other sports. Close to Korčula are islands Mljet and Lastovo, ideal for a day trip, especially to Mljet (home of National Park of Mljet). The world’s top destination - Dubrovnik is also close enough for a day trip. On the local menus, you can find octopus, shrimps, lobsters, lamb, and tasty local wines - Pošip or Grk (white wines).

Although it is a relatively remote island, Korčula is well connected with the mainland, especially during the tourist season. There are frequent daily ferry lines from Split and the peninsula of Pelješac (Orebić) as well as boat lines from Dubrovnik and surrounding islands. The accommodation is offered in hotels and private apartments, holiday homes, villas, and rooms. 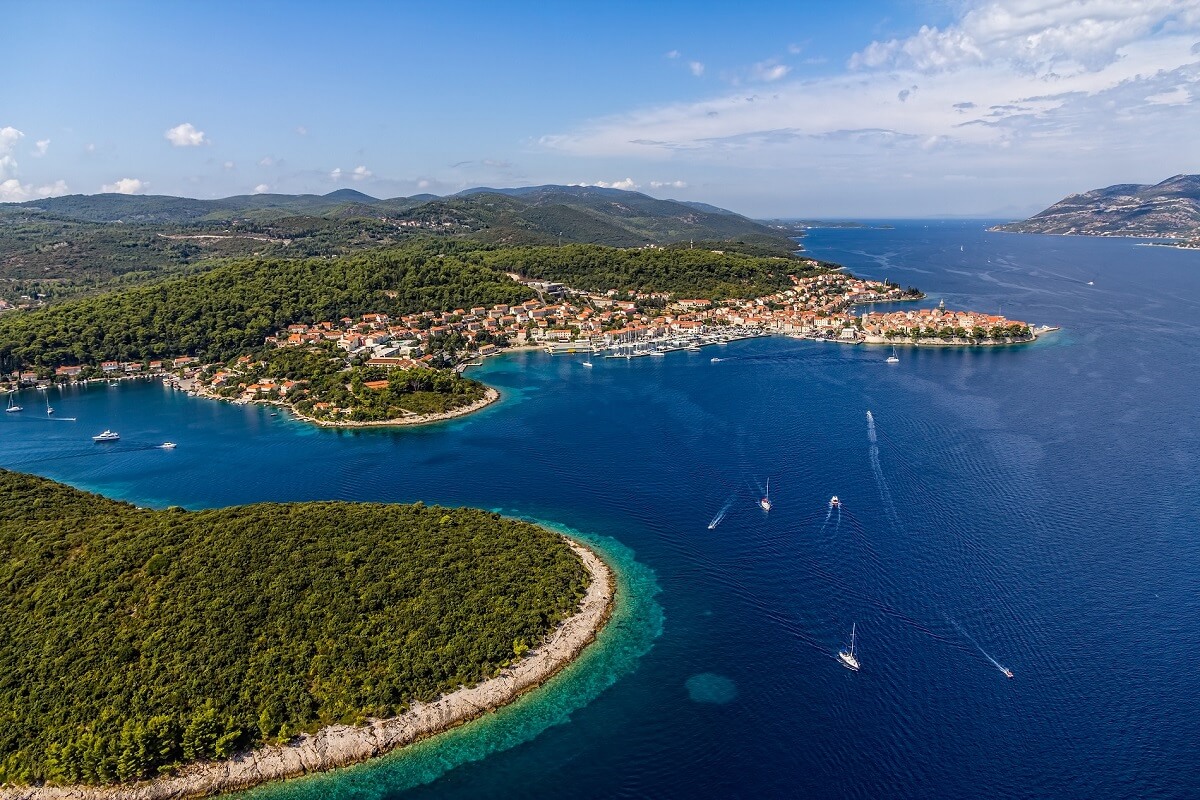 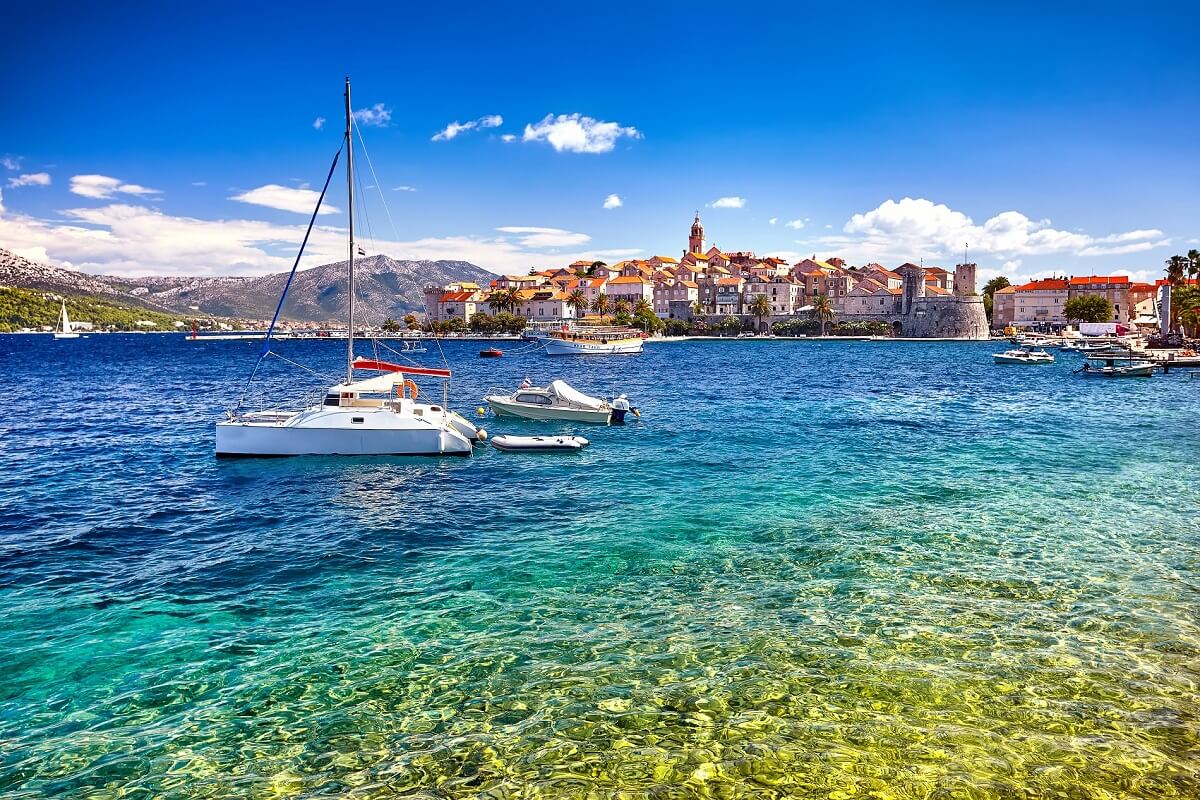 The climate and weather on Korčula are perfect for a carefree vacation. Summers are warm, while winters are mild and pleasant. The average temperature ranges from the lowest of 13 °C to 25 °C in July and August. The average sea temperature is around 22 °C what makes it ideal for summer vacation. Korčula has more than 2700 hours of sun a year (one of the highest in Croatia), with only 40 rainy days a year.