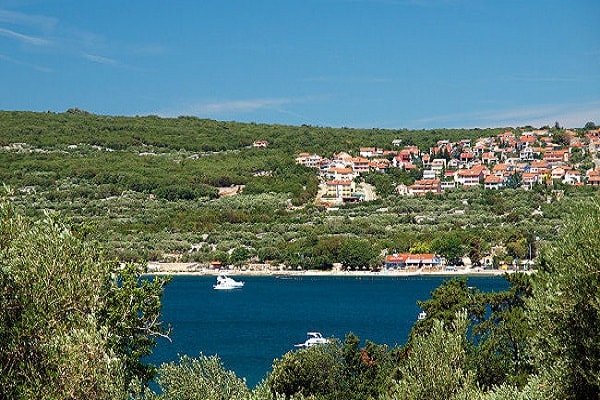 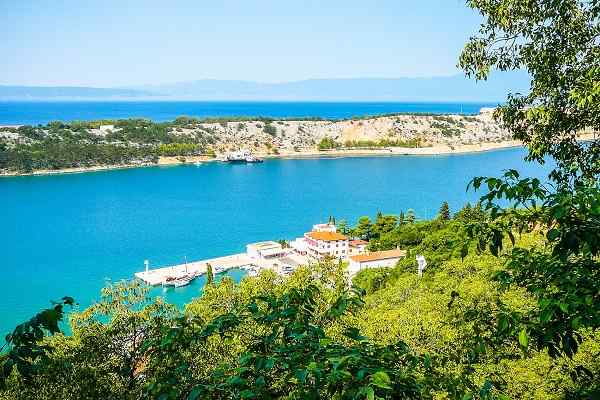 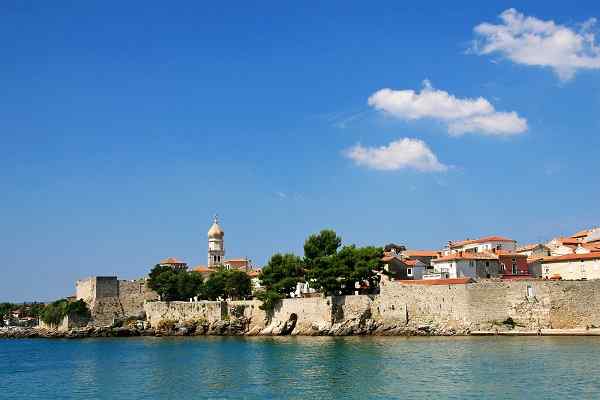 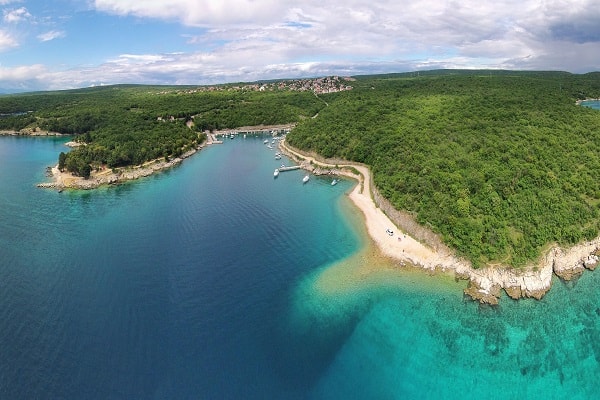 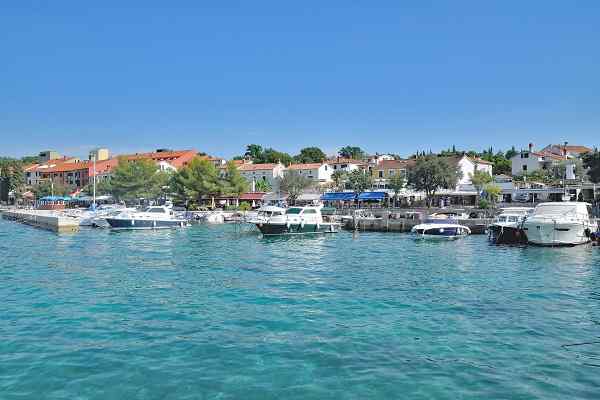 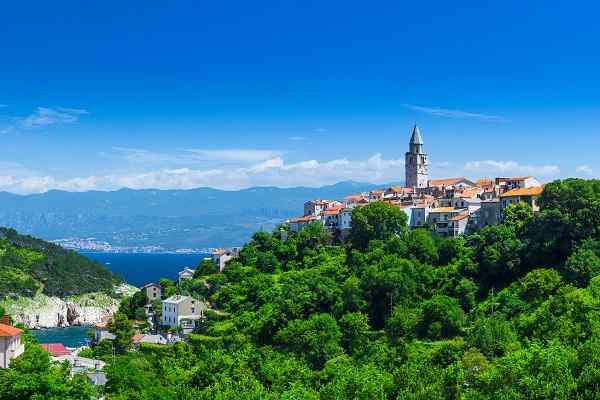 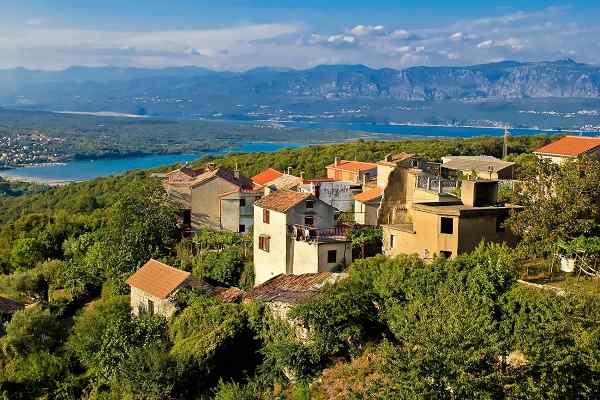 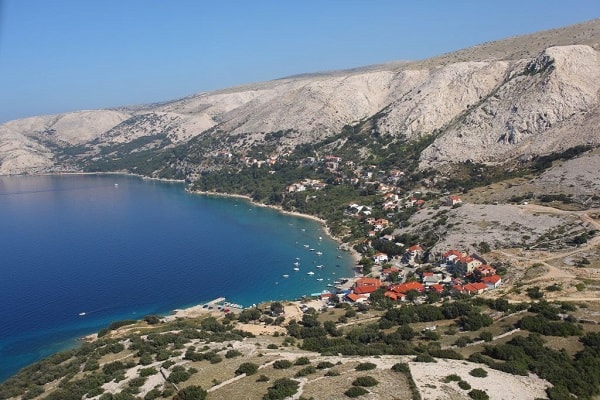 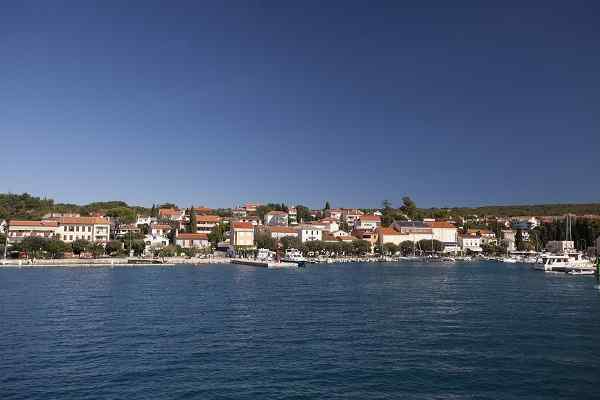 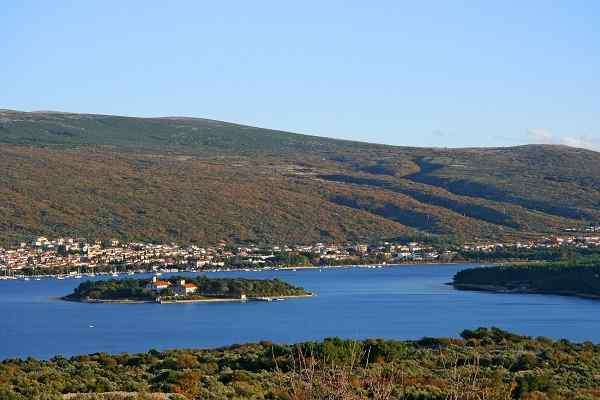 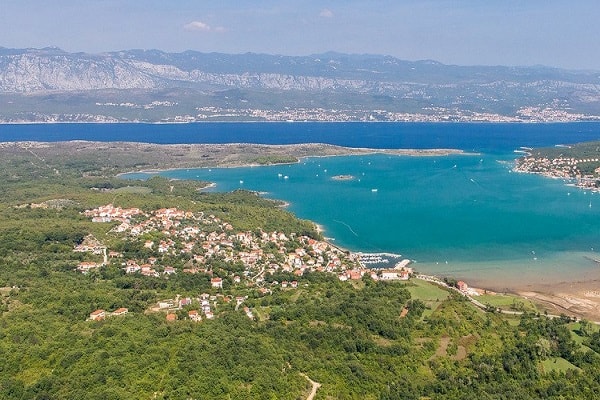 For many years, Krk was considered the largest island in Croatia, but in 1993, the Geodetic Institute of Rijeka remeasured its size and found out that the area surfaces of the island of Krk and island of Cres are identical.

Because of rich vegetation, mild climate, and many sources of drinking water, Krk was inhabited since ancient times when it was proclaimed as Insula Aurea (golden island). In 2011, the island of Krk had 19,286 inhabitants, and today it is one of the few Croatian islands with a continuous increase in the population that has started after the construction of the Krk bridge (since it is connected to the mainland with the bridge, it can be reached by car).

The island of Krk is famous for beautiful beaches of which 15 beaches hold the blue flag - proving the cleanliness of the sea and the coast, as well as the high-quality standard of services. Although there are numerous attractive beaches on Krk, the best beaches are sandy beach Vela Luka near Baška, sandy beach Vela Baška in Baška, Oprna beach in Stara Baška, pebble Potovošće beach near Vrbnik, and sandy Saint Marak beach near Vrbnik. The highest mountain peak of Krk is Obzovi peak (570 m).

The main cultural landmark is the Baška tablet (“Bašćanska ploča”) that was found in the church of Saint Lucia in Juradvor. Baška plaque is one of the oldest Croatian monuments (written around 1100 AD) that was written in the Glagolitic script and today it is kept in Croatian Academy of Sciences and Arts while its copy is presented in the church of Saint Lucia on Krk. Other significant monuments are the cathedral in the town of Krk (cathedral of the assumption of the blessed Virgin Mary) and the Krk bridge constructed in 1980. The island is also famous for an indigenous sort of white wine - Vrbnička žlahtina.

Visit Krk, a dream island and perfect destination for a family vacation. Find ideal private accommodation on Krk in an apartment, room, or holiday home for rent. 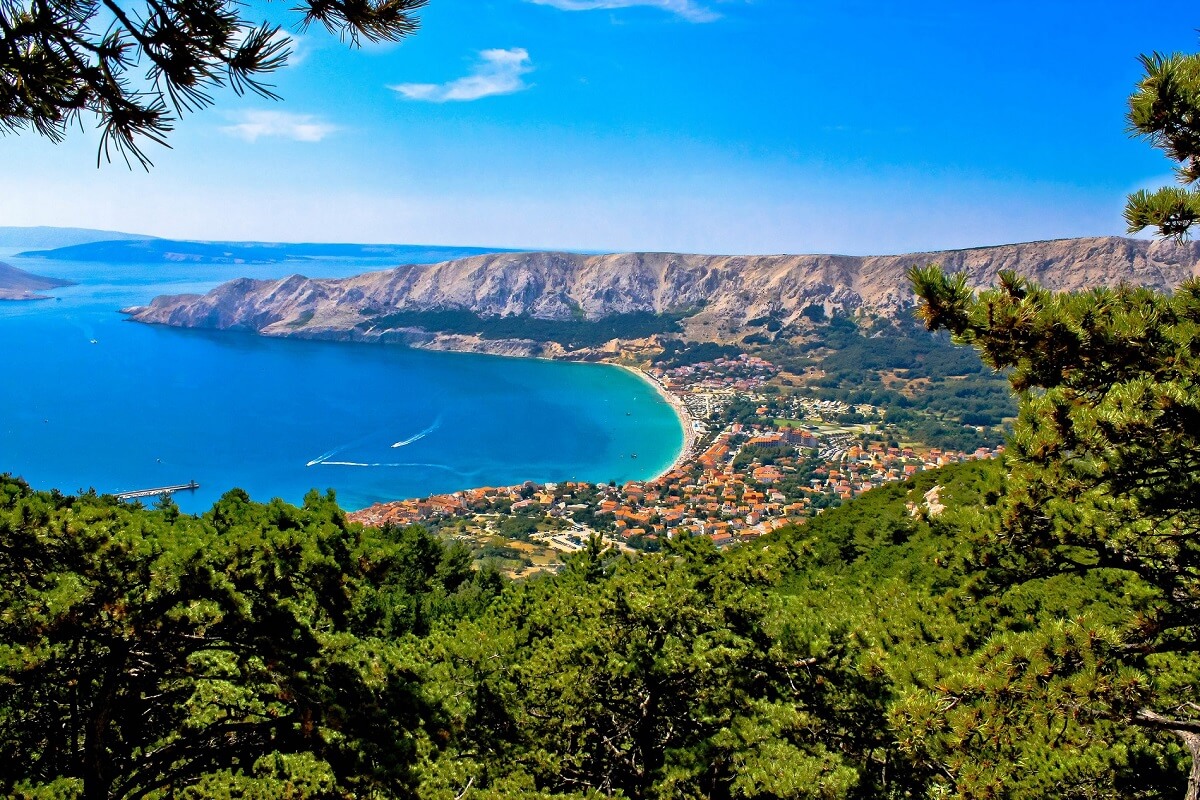 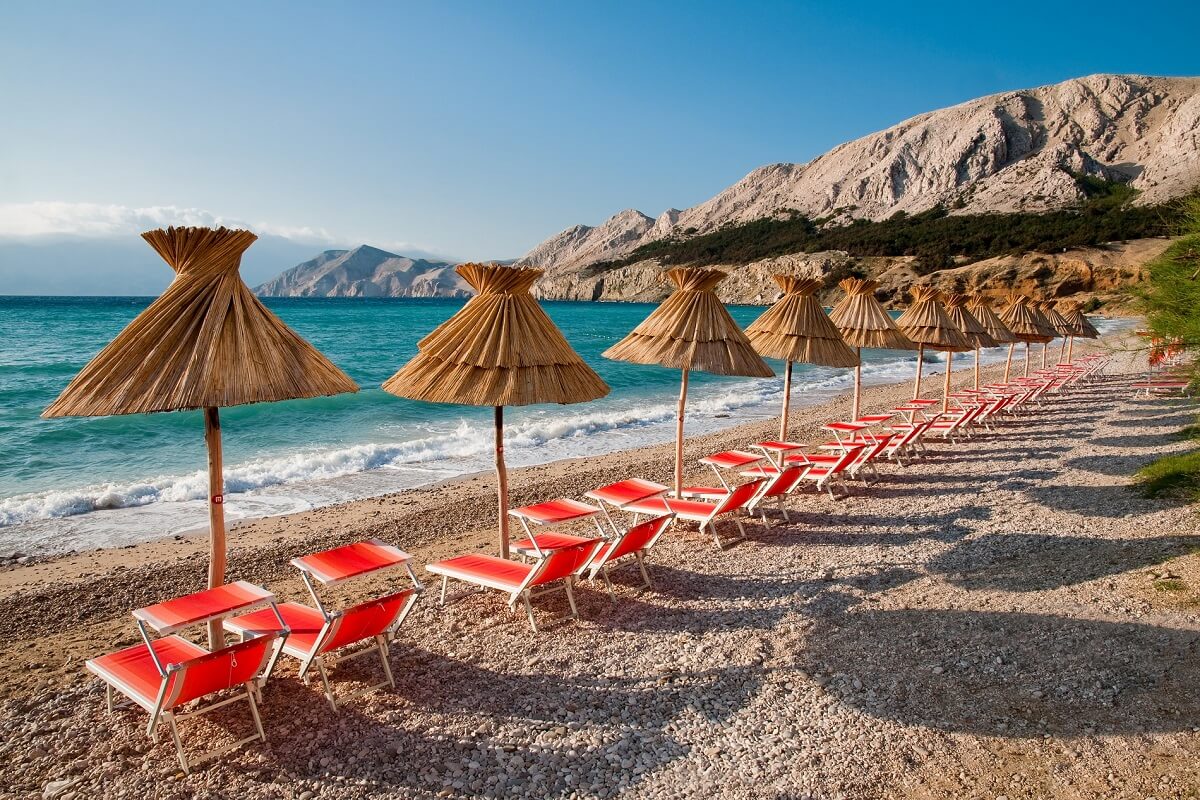 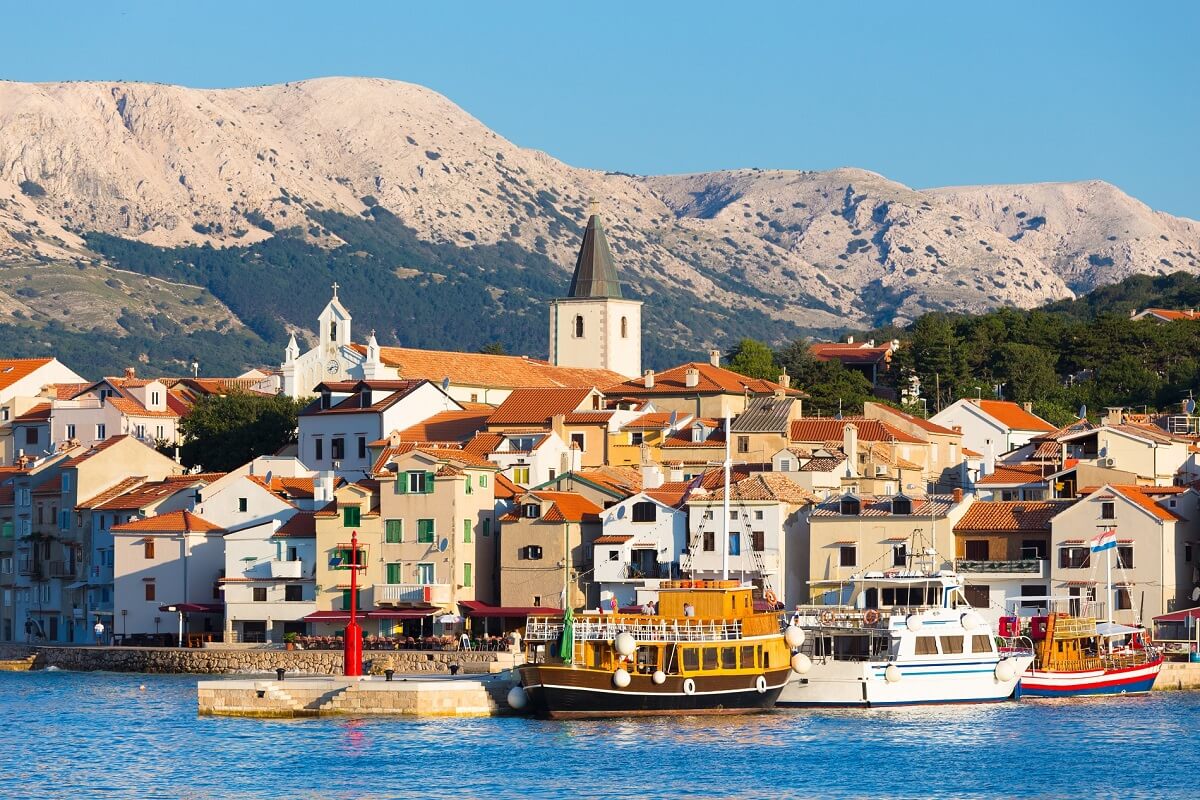 Krk is located in an area with a moderate Mediterranean climate with an average temperature during the summer months of 23°C (July is the sunniest month) and an average sea temperature in the summer of 20°C. The most pleasant months are May and October since temperatures are somewhat lower but still high enough for a pleasant stay. With 2,500 hours of sunshine a year, the island of Krk is one of the sunniest parts of Europe.